This unit has an internal universal power supply and does not need a transformer.
If you are an international customer, you can simply use an adaptor to change the plug to your local standard.

Do not plug into a UPS (universal power supply).
However, a power surge protector is advised to protect internal components.

IMPORTANT: To prevent digital interference, keep all cell phones a minimum of 10 feet from this unit.

The audio output is a line level audio that can be recorded with a standard RCA cable (not included).

After unpacking the unit, please use compressed air to blow off any dust and debris. 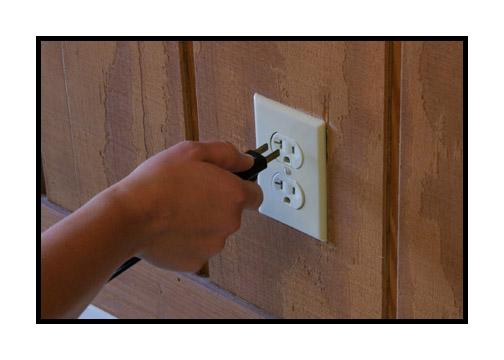 Make sure the unit is off and then plug into the wall outlet. 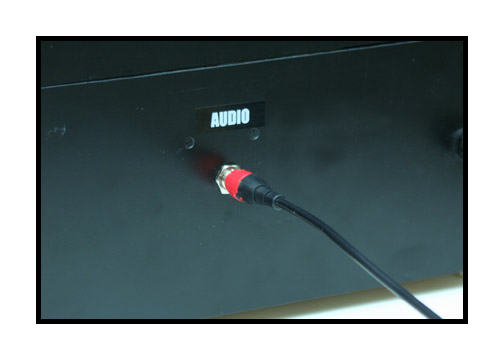 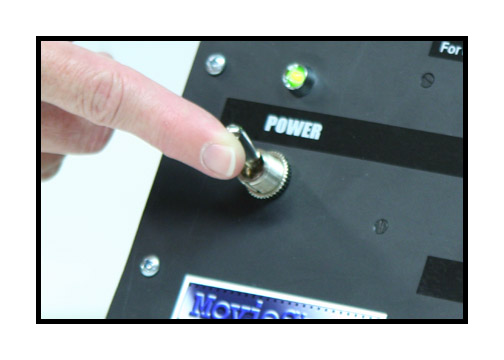 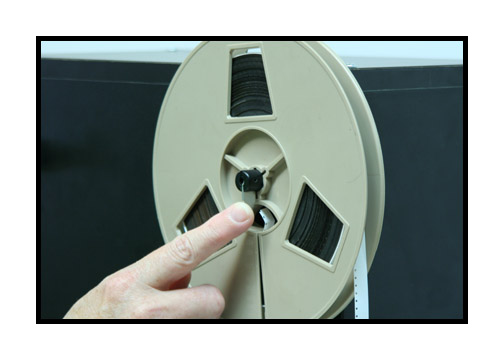 Place reel of film on spindle and secure.
Note the sprocket holes should be to the outside of the reel. 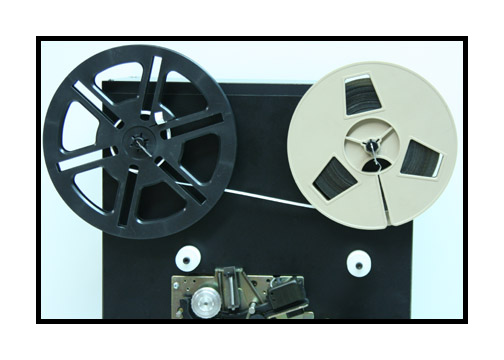 Thread film to the take up reel as shown (not included).
This unit has a maximum capacity of 600 feet. 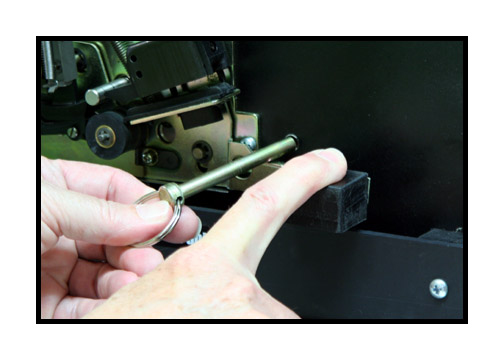 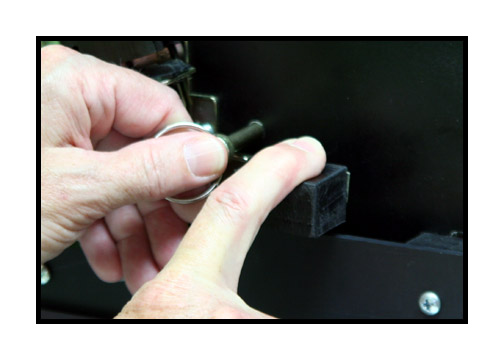 If not already in place, pull down sound head lever arm and insert pin as shown. 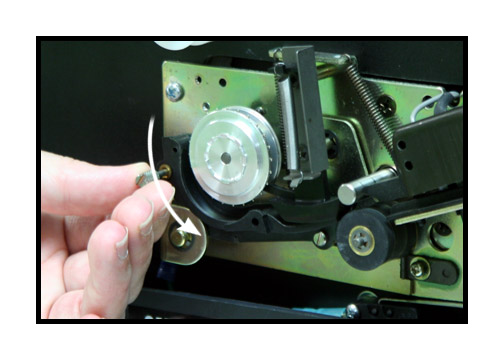 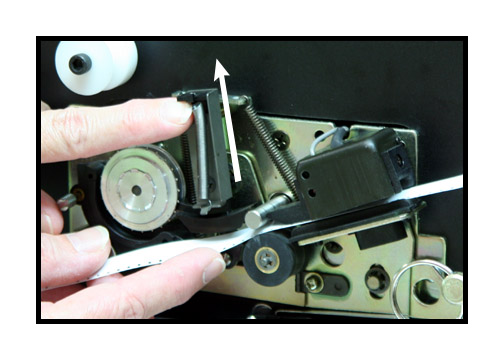 Push up on film damper with one hand and insert film as shown. 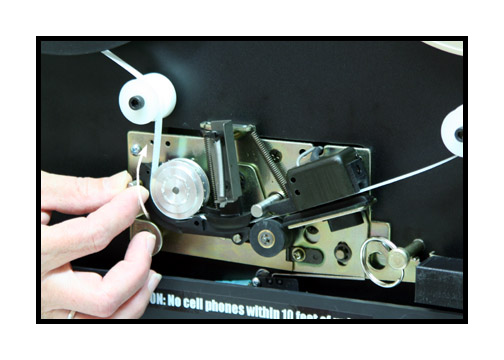 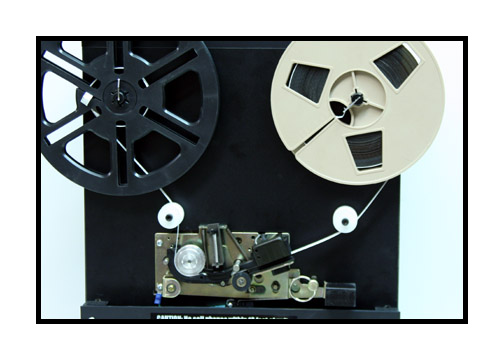 Film should be threaded as shown. 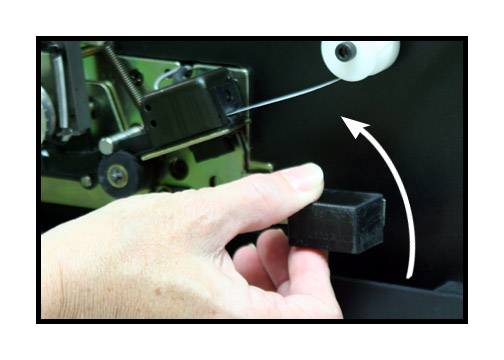 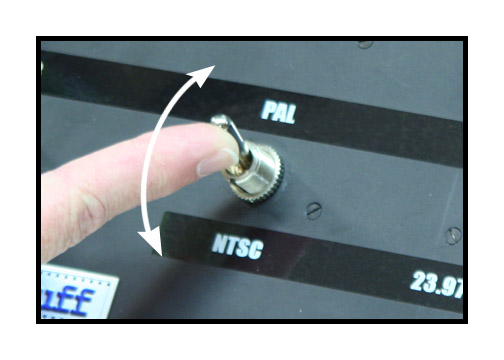 Chose PAL or NTSC.
NTSC is used in North America and Japan.
PAL is used in the UK and Europe. 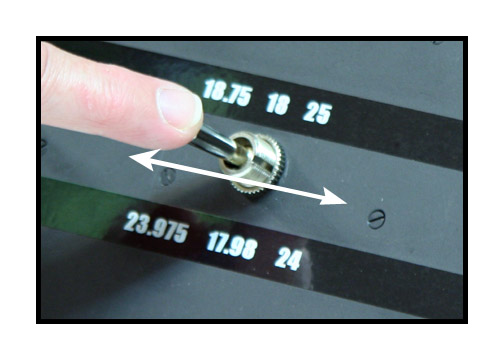 NOTES ABOUT SPEED.
The numbers listed are in Frames Per Second (FPS).

In theory, the "normal" frame rate for home sound movies was about 18fps.
However, some films were shot at 24fps for the USA and 25fps for the UK and Europe.
There is no standard so you might have to run the film and just listen.

PAL video runs pretty much dead-on 25fps (50 fields).
However, because 18 frames will not divide evenly into a pulldown pattern across 50 fields,
film shot at 18fps is often telecined across only 24 frames and then those 24 frames
are played at 25fps. This allows for smoother motion but means that any audio
will need to be transferred at 18.75fps to match your film transfer.
The exception to this would be a file produced for internet-only
playback that has no pulldown pattern and plays exactly at 18fps.
In that case, you would choose 18fps because that is the exact frame rate for that file. 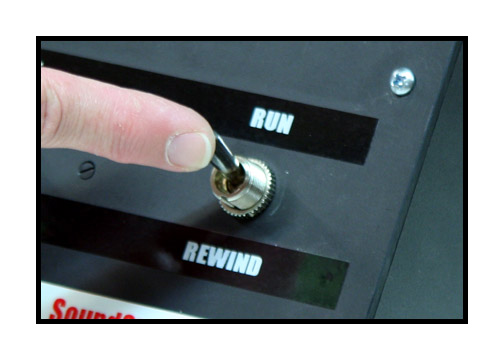 To begin playing the film, flip the switch to "RUN" as shown. To stop, flip the switch back to the center position.
It should be noted that the unit takes several seconds to get up to correct speed. To avoid sync errors, and to ensure best sound quality, do not start recording until the unit has reached top speed. 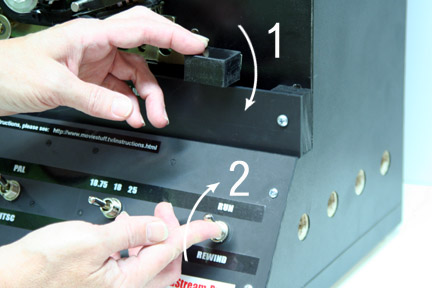 To back the film up a bit (not high speed rewind), first pulldown on the lever then flip the switch to "RUN".
When you finished reverse operation, return the switch to the center stop position before releasing the lever.

NOTE: Do NOT pull down the lever while the unit is in the forward mode.
Always stop the unit before changing to reverse operation.

To rewind, first remove the film from the film path as shown. 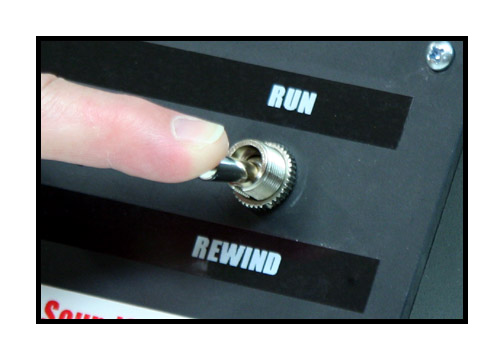 Next, hold the rewind switch down during the rewind period.
NOTE: This is a spring loaded switch and will not stay down by itself.
Do not attempt to high speed rewind film while it is still threaded in the unit.