You will need the following:
Can of compressed air.
Shielded S-video cable of appropriate length
Sharp, bright Super 8 film with good sprocket holes
(this should be disposable film to practice with)
Production monitor
Scissors


First, install the focusing knob as shown
by gently inserting and turning clockwise. 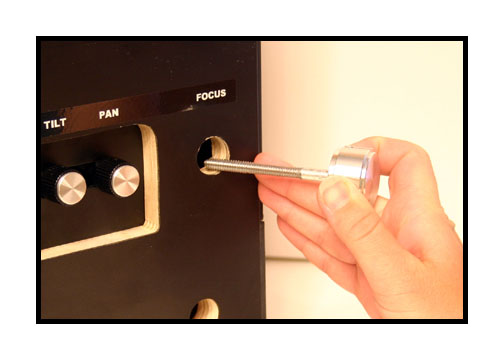 Continue turning until the knob
starts to feel tighter and the
smaller knobs begin to move to
the left slightly. Then stop. 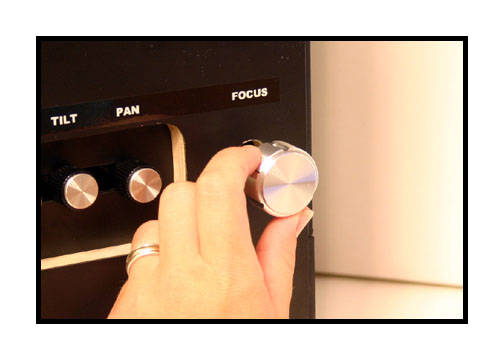 Plug in S-video cable as shown
and connect to your recording device. 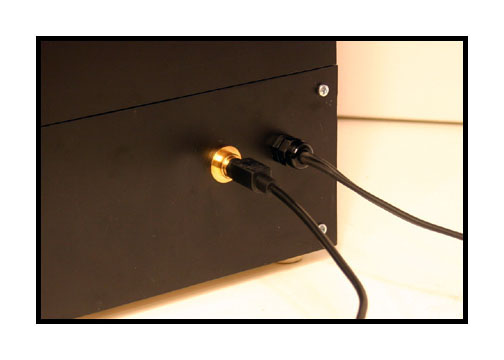 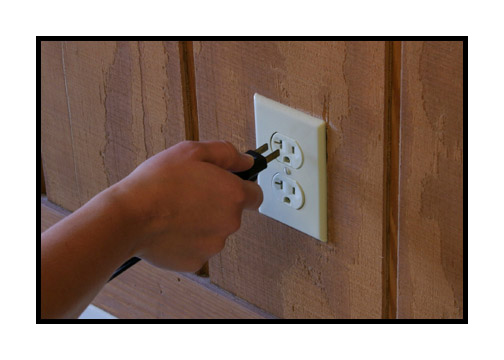 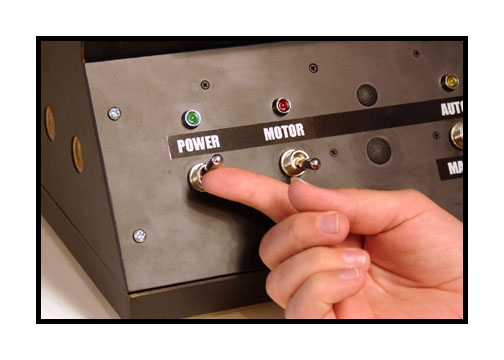 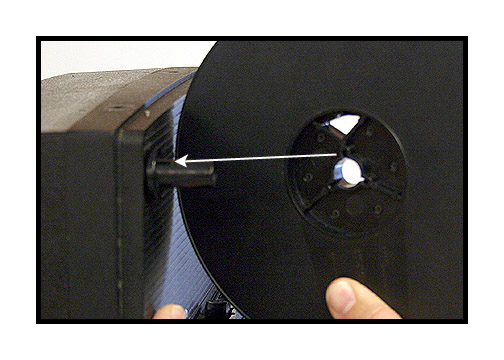 Solvon is another suitable film cleaner. 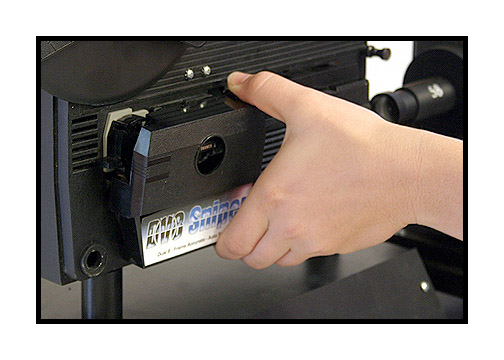 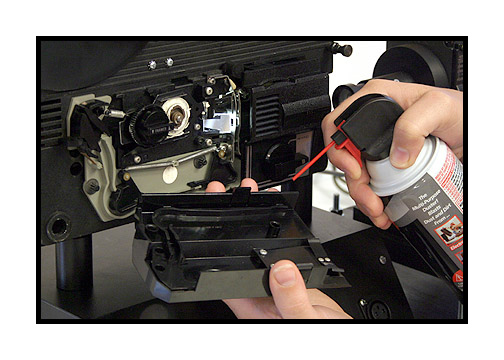 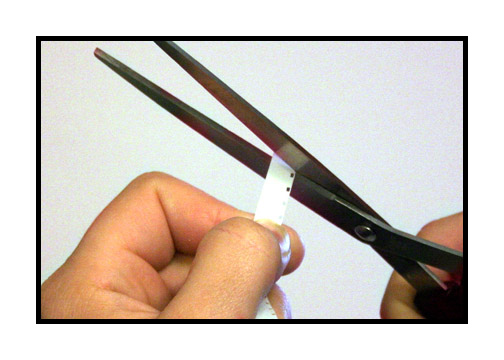 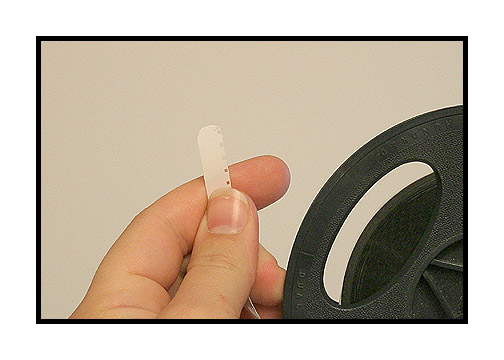 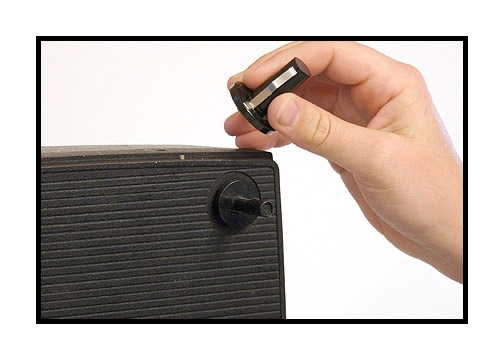 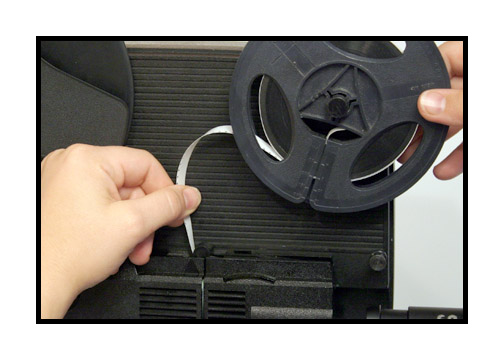 Step to right of unit and use
your left hand to push film into the gate.
(I know this seems odd but it is easier than using your right hand.)
Only push about an inch at a time.
If you feel resistance after about an inch,
the film may be hitting the advance claw. Turn the motor
on and off quick one time to retract the claw.
Repeat if necessary until the film will feed easily.
DO NOT TURN ON THE PROJECTOR AS THIS UNIT HAS NO AUTOFEED. 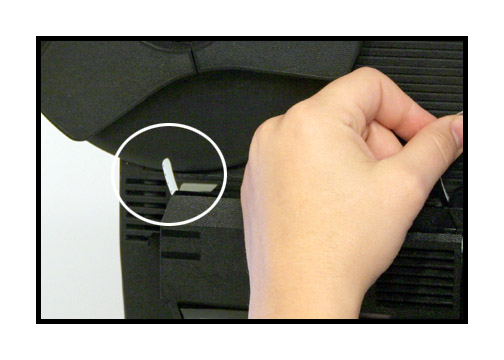 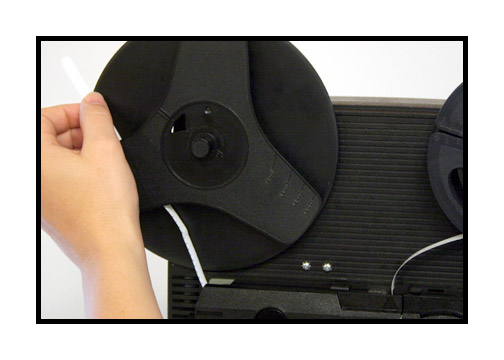 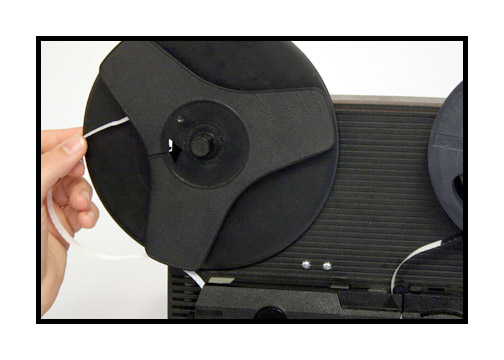 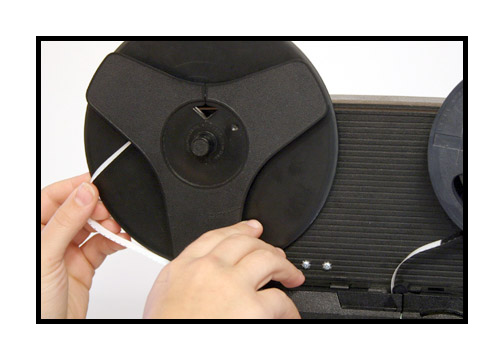 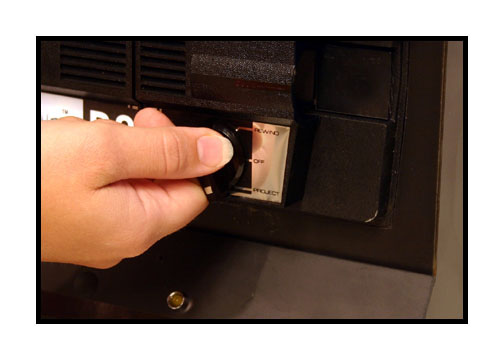 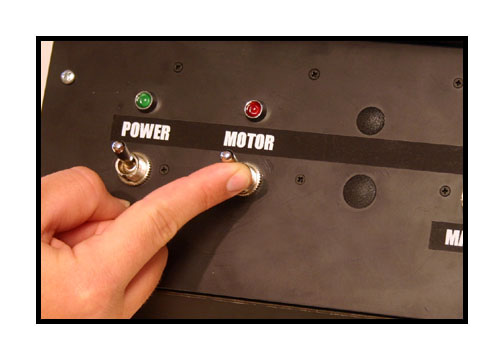 Start the film running by turning on the motor. 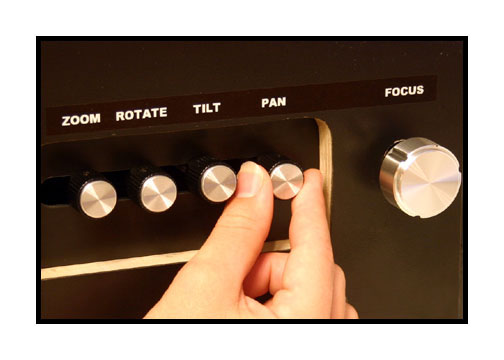 Watch your recording monitor and adjust the
camera using the provided controls.
It is best to focus the camera first. 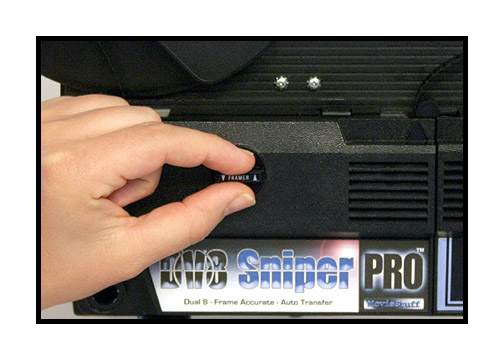 Then use the smaller knobs to zoom, tilt, pan or rotate
until the image is framed as desired.
It should be noted that most televisions
do not show the entire video frame. Use of an underscan
monitor for positioning of the image is highly recommended. 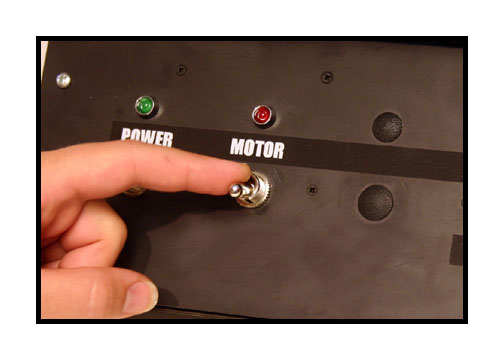 When finished transferring, turn the motor off. 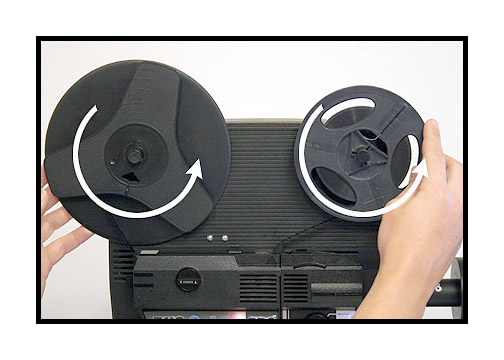 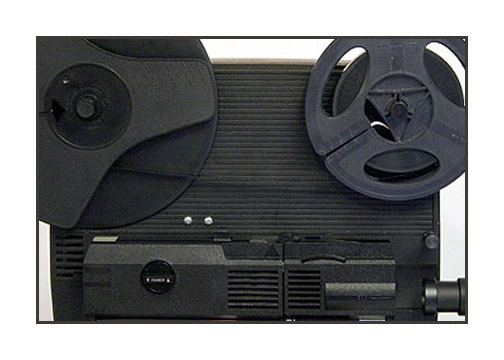 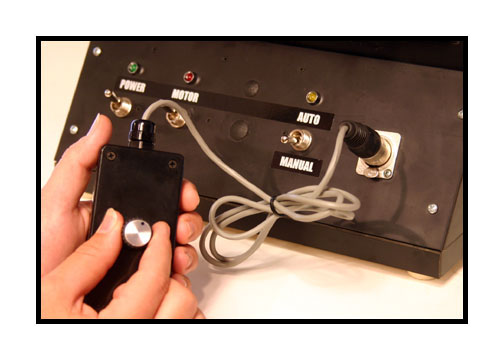